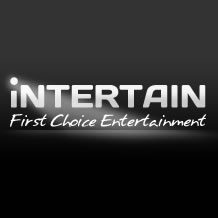 Davis Coffer Lyons  the leisure specialists  has been jointly appointed to sell six former Intertain (Bars) Limited sites, which have been released as part of its Company Voluntary Agreement (CVA).

The properties, which include four Walkabouts in Burnley, Doncaster, Middlesbrough and Nottingham and also Maluko in Leeds and Stonehouse in Wolverhampton have been released after 97% of their creditors voted in favour of the restructuring plans.

Each of the sites – which range from 7,000 sq ft – occupy a prominent high street position in their respective trading areas.

Paul Tallentyre, Director of Pubs & Bars at Davis Coffer Lyons said: Utilising our extensive market knowledge we have been appointed to find real solutions for landlords. We are advising on a wide range of matters from orientation of the space to advising on use class and attracting a range of operators including retailers, bars, medical and banks.