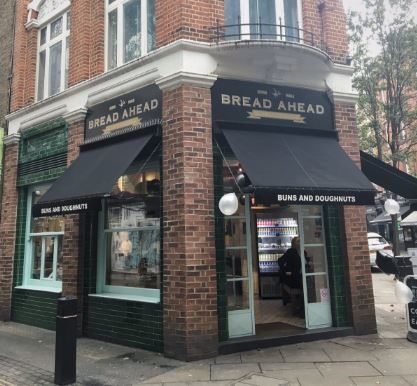 Bread Ahead bakery and school has opened its third retail site, located at 1a Monmouth Street in Seven Dials.

Specialising in savoury filled brioche buns, sweet doughnuts, as well as sourdough bread and focaccia, the concept was co­founded by Matthew Jones, a former pastry chef at Bibendum, Pont de la Tour, Quaglinos and Mezzo, and co­founder of Flour Power City Bakery, and Justin Gellatly, who was head baker and pastry chef at St John when it won a Michelin star.

The bakery first opened in Borough Market in 2013 and now supplies a host of restaurants and delis throughout the capital. It then launched a bakery school at Borough Market the following year which includes an introduction to English baking, Middle Eastern flatbreads, gluten­free baking and a yule log workshop.