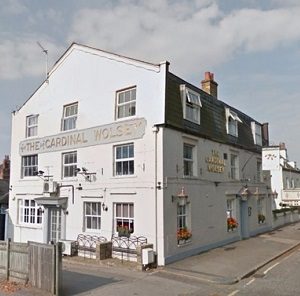 On behalf of Guardcliffe Properties Ltd, the Pubs and Bars team at leisure property advisers, Davis Coffer Lyons has completed the leasehold sale of the Cardinal Wolsey pub near Hampton Court Palace in south-west London.

The 4,300 sq ft pub has been acquired by private buyers Colm Sexton and Ciara Redican, who will occupy the basement, ground, first and second floors of the property, which includes a spacious trade area and a two bedroom flat. A new 20 year free of tie lease has been granted at a rent of £55,000 per annum.

The Cardinal Wolsey is named after a former royal advisor – believed to be Henry VIIIs right-hand man – whose failure to secure Henry VIII an annulment of his first marriage is blamed for England’s break with the Roman Catholic Church. The pub is located just 200 yards from the gates of the cardinal’s old home of Hampton Court Palace and close to Bushy Park and the River Thames. It is not known exactly when it was built, although maps of the area appear to show the pub in existence as far back as 1798.