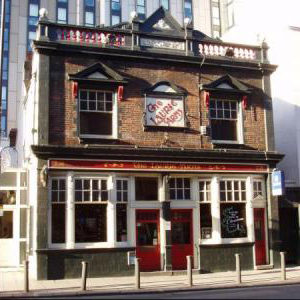 Expanding London pub group Draft House, headed up by Charlie McVeigh, is to open its seventh site having purchased through Davis Coffer Lyons  the leisure specialists – the Laurie Arms in Hammersmith.

The pub is ideally located in the heart of a new student accommodation development, which was completed in 2013 on the site of the former Hammersmith Palais de Danse. The pubs original features will be restored – including the 10-foot stained-glass windows, brick walls and Victorian pitch pine cladding  and coupled with modern touches  particularly in the adjoining industrial unit, which is being incorporated into the space to create a 100-cover public house.

The pub will serve Draft House signature selection of craft ales from both local breweries and across the globe. These are accompanied by a selection of traditional food, including home-made pies, and a soundtrack celebrating the Hammersmith Palais.

Charlotte Wild, a Pubs & Bars Negotiator at Davis Coffer Lyons said: Draft House is a fantastic brand and has been building a great portfolio of sites across Central London. We knew they were looking at Hammersmith for further expansion and we are delighted to have acquired this site which will no doubt be a successful addition to the group.