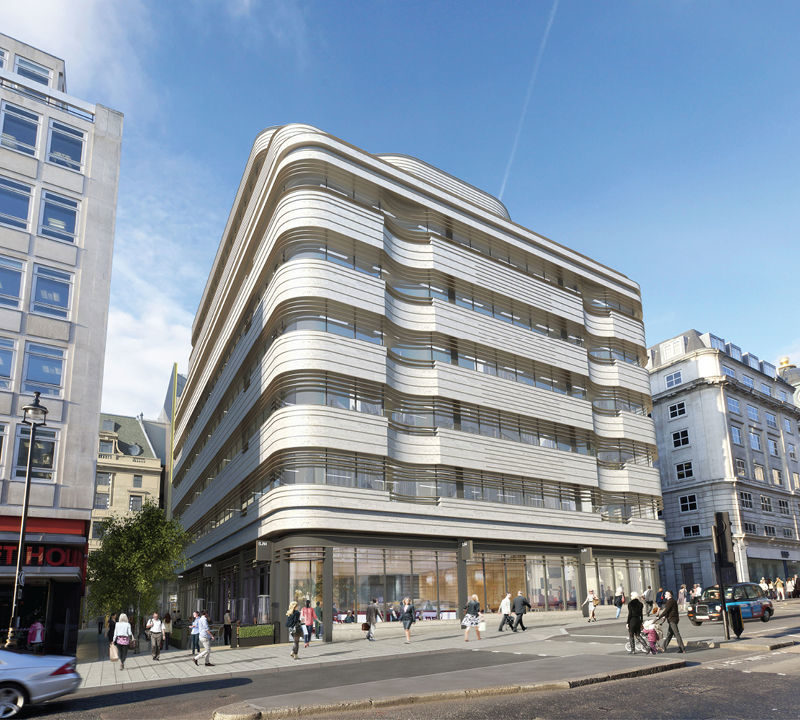 Ramael Scully, the former head chef of Ottolenghi’s NOPI, is to launch his first solo venture at 4 St James’s Market.

Opening in the new year, the 1,800 sq ft Scully will be an informal, but refined dining room and bar. With a menu built around seasonal, sustainably-sourced ingredients from the British Isles, Scully will combine spices, herbs and flavours that are reflective of the chef’s layered heritage. Scully’s cooking is influenced by his mother, who is of Chinese and Indian descent, and his father’s Irish and Balinese heritage.

Born in Malaysia, Scully grew up in Sydney and has worked in the Middle East, Russia and Europe. After moving to Britain in 2004, Scully began working with the Ottolenghi team in 2005 at the outpost in Islington. He moved to NOPI as head chef when the restaurant opened in 2011 and remained at the helm until this year.

Scully is part of the St James’s Market neighbourhood; the new foodie destination in the heart of the West End which is already home to a host of innovative, global restaurateurs. With his new opening, Scully will join the internationally acclaimed Nordic restaurant Aquavit; West African Ikoyi; Danish bakery Ole and Steen; Japanese Anzu; Salt Yard Group’s Veneta and Duck and Waffle Local.

The St James’s Market district, which occupies the area between Regent Street St James’s and Haymarket, is anchored by the landmark development One and Two St James’s Market from The Crown Estate and Oxford Properties. The new development is comprised of 210,000 sq ft of modern office space, six flagship retail stores and seven new restaurants centred on a new public square.

The Crown Estate is undertaking a £500 million investment in the broader St James’s area which has already attracted some of the best names in international cuisine to the area, including Café Murano from Angela Hartnett, Jamie Oliver’s Barbecoa, Milos, Chutney Mary and Cicchetti.

Ramael Scully, said: “This is a huge and very exciting opportunity for me, I can’t wait to open the doors and welcome everyone to my own restaurant and bar. I’ve been waiting a long time for this and I’m honoured to have the support of so many around me.”

Anthea Harries, on behalf of The St Jamess Market Partnership, adds: “We are delighted to welcome another dining first to the St James’s Market area. Since joining the Ottolenghi team, Scully has been redefining the flavour of London’s food scene and we are thrilled that he has chosen us as the home for his first venture. Scully recognises that St James’s is the ideal location to launch his uniquely international cuisine to a passionate and discerning audience.”