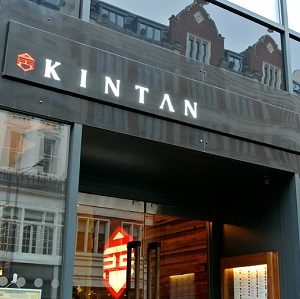 The new tenant from the Dining Innovation Group, will be Kintan, a Japanese concept following in the footsteps of its sister site in Holborn. The first Kintan, a ‘yakiniku’ restaurant (or Japanese-style BBQ) opened in August 2016. Dining Innovation Group is led by Tomoyoshi Nishiyama, who also created Japan’s number one yakiniku restaurant chain and has 30 sites in the USA. . It is one of the most popular dining styles in Japan centred on smokeless table grills.

Previously trading as retail premises, The Linen Cupboard, the 5,000 sq ft property at 21-22 Great Castle Street is arranged over part ground and basement and has A3 planning. The property has frontages on both Great Castle Street and Margaret Street, allowing access to the property from both sides of the block. Nearby operators include The Phoenix Public House, Starbucks, Pret A Manger, Pontis, Caffe Nero and Leon as well as a number of independent operators.

Dining Innovation Group has taken over the 20-year lease (which commenced in April 2016) at a passing rent of £350,000 pa exclusive and paid a substantial premium for the property.

Jonathan Moradoff, Director, Agency and Leasing at Davis Coffer Lyons, said: Kintan was the first yakiniku-style restaurant in London and is a great progression from the Korean barbecue trend which has been popular in London in recent years. The Great Portland Street area and its linking side streets including Great Castle Street, Margaret Street, Little Portland Street and Mortimer Street are becoming increasingly popular for independent eateries and chains  Kintan will be very welcome addition to this – progressively foodie – area of the West End.