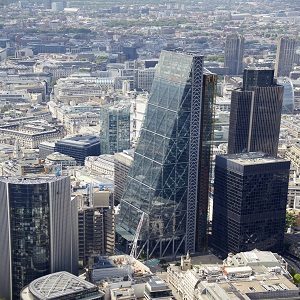 British Land and Oxford Properties announce today that restaurateur Leonid Shutov is to launch his second London restaurant, and his first in the City, at The Leadenhall Building.

Known for his successful Bob Bob Ricard restaurant in Soho, Leonid Shutovs new, as yet unnamed, offering will be located on the third floor of the building overlooking the public realm. It will provide a 180-cover, all-booth restaurant with a further 120 covers in private rooms which can accommodate from four to 40 guests.

Tracey Mills, Executive Director, Davis Coffer Lyons, said The Leadenhall Building is a new icon for the City skyline  a bold statement – and similarly we needed a statement operator. Leonid Shutovs concept will provide a USP for the City, will have an exceptional design and undoubtedly, it will become part of the Citys must go  places. Traditionally known for its solid daytime trade, the Square Mile is fast becoming a fashionable destination for evening and weekend socialising.

James Rayner, Asset Manager, British Land said: Leonid Shutovs decision to open at The Leadenhall Building further underlines its status as an iconic building in the City of London and we are delighted to have secured such an aspirational brand.

Chris Carter Keall, Head of Asset Management, Oxford Properties said: As part of our placemaking strategy to enliven the public realm, we are also working to deliver two further outlets at ground floor level to provide a diverse offering to our occupiers and diners in the City.

Leonid Shutov said: The Leadenhall Building offers the ideal location for our unique restaurant concept and we are excited to open in such a fantastic location. The restaurant will break new ground in both design and culinary offering and will deliver an interior that is both urban and contemporary.

The Leadenhall Building is now 95 per cent let or under offer, with ten occupiers across 32 floors.