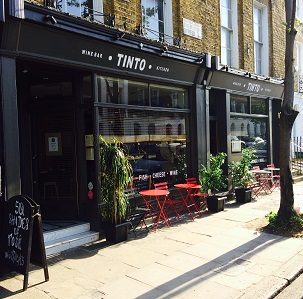 Independent London wine-merchant and bar/restaurant operator, The Humble Grape, have been assigned the leasehold interest of the former Tinto’s restaurant on Theberton Street in Islington.

The 1,744 sq ft A3 property will become the third site for Humble Grape following the launch of its £1million crowdfund in January 2017. Its other two sites are in Battersea and just off Fleet Street in London, with more openings planned this year. Led by founder James Dawson, the concept is focused on handcrafted wines from relatively unknown vineyards around the world which are directly imported. The majority are biodynamic, organic or sustainably produced.  Wines to be bought by the glass or bottle to drink-in (accompanied by food) or by the bottle or case to takeaway.

A premium was paid for the premises which are held on a 25 year lease from August 2000 at a passing rent of £55,000 per annum for the ground floor and basement.

Rob Meadows, Director, Davis Coffer Lyons, said, “We are still finding strong demand for sites from newer and creative operators. This is particularly the case in areas with strong fundamentals and good catchments of affluent locals and young professionals like Islington. The new premises are in a fantastic location just off Upper Street, close to numerous other leisure operations and Im sure it will be a fantastic site for them.”