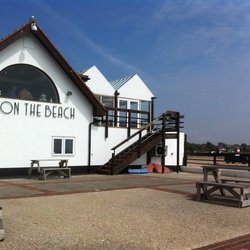 Leisure property advisers Davis Coffer Lyons has completed the acquisition of the Inn on the Beach, on Hayling Island between Chichester and Portsmouth, for City Pub Company West led by Clive Watson.

The freehold property was bought for £1.5million, and marks the 25th pub for the company. Inn on the Beach was acquired from independent operators Ian Murray and Carol Mackie. It has seating indoors for 150 people and outside space for nearly 200.

Watson told M&C Allegra that the pub would trade in its current form throughout the summer but would ‘benefit from a capital injection’. He said: “I’ve never had a pub on a beach before and it’s going to be a really exciting addition to the portfolio. Yes, Hayling Island isn’t a city but is the most iconic pub I think I’ve ever bought. With the improvements to the A3 it will bring not just more day trippers but also more people choosing to live in the area because it’s so accessible.”