The Woodman Pub on the Market in Stoke-on-Trent 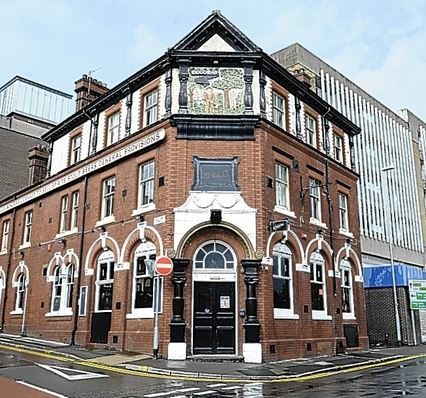 The sale of The Woodman public house in Stoke-on-Trent has been re-launched this week following the announcement that two of the UK’s biggest retailers, M&S and Next, are lined up to become anchor tenants at Realis Estates’ Unity Walk – a 435,000 sq ft mixed-use scheme, which would be developed on a site immediately adjacent to the public house.

The Woodman is a period public house located on Old Hall Street and boasts extensive trading space at ground along with seven bedroom living accommodation on the upper floors.  It is available either on a leasehold or freehold basis through leisure property agents Davis Coffer Lyons.

Unity Walk would include a 50,000 sq ft M&S Clothing & Home and Food store; a new 26,000 sq ft split-level Next store opposite Parliament Row and The Woodman; as well as a multi-screen cinema; 90 bedroom hotel; and over 600 car park spaces.  A public exhibition was held last month (September 2016), which was attended by over 300 local residents and saw 93% of people in favour of the development.

Paul Tallentyre, Executive Director, Pubs & Bars, Davis Coffer Lyons, said, “Unity Walk will transform the southern end of the city centre and it is great to see this commitment from M&S and Next to relocate to the scheme. The development will significantly increase the retail footfall and the new cinema, restaurants and hotel will create a vastly improved night-time economy. This is excellent news for the future of the Woodman pub, which is in a prime location, and presents potential new owners with a fantastic opportunity to deliver a great pub for those who will be visiting the scheme and the increased number of visitors to the city centre.”

Realis Estates also secured planning permission last year (2015) to redevelop Parliament Row – which almost directly adjoins The Woodman public house and opposite the northern entrance to Unity Walk – with up to five new stores over 58,000 sq ft of space.