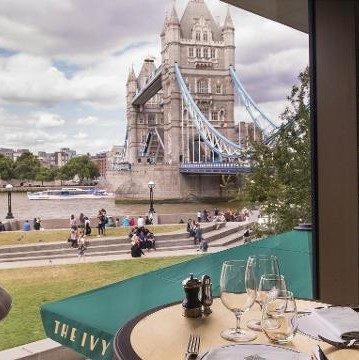 Vapiano, the Phil Sermon-led group has agreed a deal to open at One Tower Bridge, the Berkeley Homes development in Southwark. The new restaurant will have 311 covers within a 9,000 sq ft space, with a mezzanine plus an outdoor terrace and is also scheduled to open summer 2018.

The Italian casual dining chain was founded in Hamburg in 2002 and now operates over 205 restaurants in more than 33 countries on 5 continents.

The news follows another recent signing to Gunpowder, the husband and wife team behind Gunpowder and Madam D’s – Harneet and Devina Baweja – at 4 One Tower Bridge in Duchess Walk. Gunpowder won a Bib Gourmand in the 2017 Michelin Guide.

They will join the cohort of restaurants at Berkeley Homes landmark development including The Coal Shed, Rosa’s Thai Cafe, The Ivy and Tom Simmons.

Located at the foot of Tower Bridge and opposite UNESCO world-heritage site, the Tower of London, One Tower Bridge is a mixed use-use development of high specification apartments, commercial and cultural space. Davis Coffer Lyons advises on the letting of leisure space at the scheme.

Establishing itself as the Covent Garden of the South Bank, the new hospitality offering at One Tower Bridge will complement the highly anticipated arrival of Sir Nicholas Hytner’s and Nick Starr’s 900 seat Bridge Theatre, which is due to open this autumn, cementing the development as a world-class fine dining and leisure destination.

One Tower Bridge already benefits from millions of visitors which are drawn to the surrounding tourist attractions and Potter’s Field Park as well as the premium office district of More London.

In addition to the offering at One Tower Bridge, five-star boutique hotel LaLiT London, located next door to the scheme, is home to the award-winning Pan Indian restaurant Baluchi, serving a contemporary take on classic multi-regional Indian dishes. The hotel opens to guests this month (February.)

In total, One Tower Bridge comprises 80,000 sq. ft. of retail, leisure and cultural space in addition to 419 high specification new apartments. The development is surrounded by public realm, including a riverfront walkway, landscaped piazzas and a new pedestrian street linking Tooley Street to the river Thames.