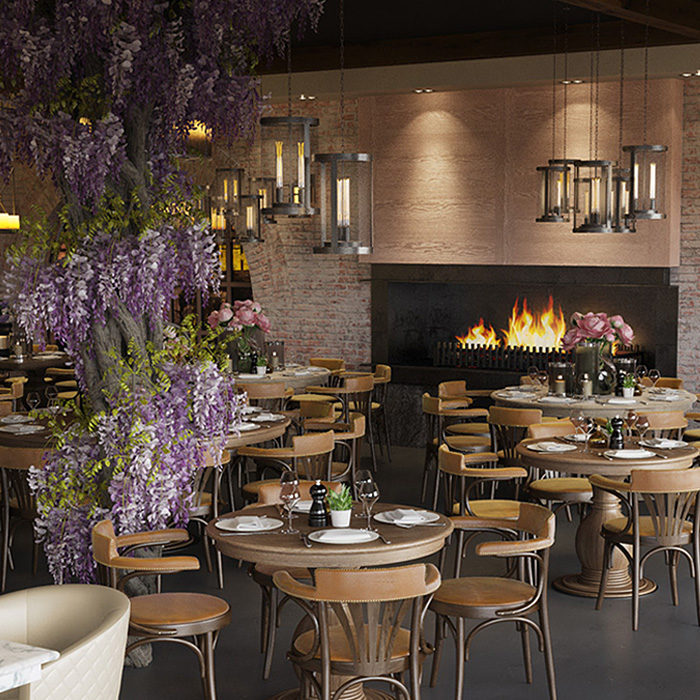 Hamptons-inspired restaurant and bar Victor’s has launched its second site at new retail and lifestyle destination Westgate in Oxford.  Occupying a key position on the Roof Terrace with stunning views across the city spires, it is an exciting addition to the eclectic mix of fine and contemporary casual restaurants and bars, which includes Sticks n Sushi, Cinnamon Kitchen, Dirty Bones, The Alchemist and The Breakfast Club.  Similarly to contemporary Indian brand Mowgli which has grown from North West roots and also recently opened on the Roof Terrace, it marks the first foray south for the North West-based brand which launched in Hale in 2014.

The highly instagrammable wisteria-clad interior accommodates 120 covers, open all day from breakfast through til dinner and drinks with live music and DJ sets.  A menu of modern American small plates including Black Cod, Lobster Tacos and Lamb Cutlets presented on a konro grill, is served to the centre of the table for sharing.

Kate Taylor, Director in Davis Coffer Lyons’ Development and London Estates Leasing Team said: “Westgate launched to a great response in October 2017, bringing 120 shops, restaurants cafes and bars to Oxford city centre, including 72 new brands.  The Roof Terrace, with its compelling mix of fantastic restaurants and bars as well as the Curzon Cinema, is quickly establishing itself as one of the city’s most exciting dining destinations.  We are now sourcing a suitably complementary concept to complete the stellar rooftop line up.”

DCL acts on behalf of landlord the Westgate Oxford Alliance – a joint venture between Landsec and The Crown Estate – in respect of F&B leasing.