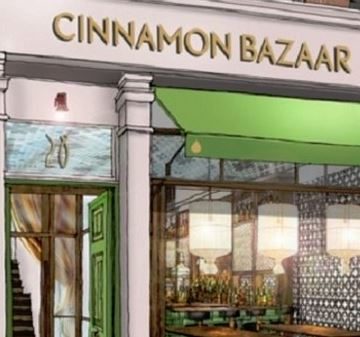 Cinnamon Collection has taken the entire property which comprises 3,105 sq ft over four storeys. The premises are held on the remainder of a 20 year lease with 11 years unexpired, at a passing rent of £150,000. A substantial premium was paid for the lease.

This new 90-cover, all-day concept will be called Cinnamon Bazaar, aimed at a more casual market than sister restaurants Cinnamon Club, Cinnamon Kitchen and Cinnamon Soho, with a predicted spend of £20 per head.

Rob Meadows, Director, Davis Coffer Lyons, said: La Perla was one of the first UK restaurants which made Mexican cuisine accessible to the mass market and had an enviable reputation for many years as one of the best tequila bars around.  Having been owned for 20 years by Tomas Estes – one of the most influential people in the Tequila industry and one of only two Tequila Ambassadors for the Mexican Government worldwide  Im sure this will be a fantastic site for Cinnamon Collection as they continue their expansion drive.

Having been acquired by Boparan Restaurant Holdings in January 2016, the owner of Harry Ramsdens and Giraffe had pledged £10million to roll out the Cinnamon Kitchen and Cinnamon Soho concepts over the next three years.

Formerly trading as two self-contained venues – La Perla, a Mexican restaurant and bar, over ground and basement and El Nivel a chefs table venue over first and second floors the deal to Cinnamon Group also includes the basement and the third floor office and accommodation level.