Cadogan’s Chelsea is buoyed by new openings and strong footfall 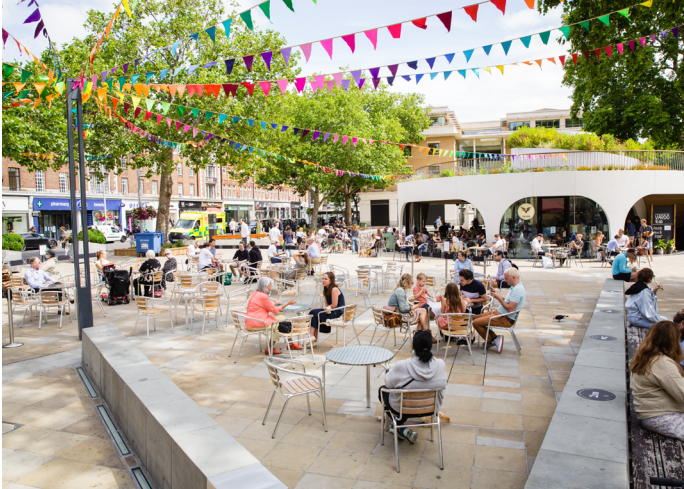 Announcing its latest results, Cadogan has revealed a strong recovery in terms of footfall to its Chelsea holding since the last lockdown, with footfall figures reaching as high as 90% of pre-covid levels.  Hugh Seaborn, Chief Executive of the 300-year-old estate – which includes Duke of York Square, Sloane Street and Pavilion Road- described its restaurants as having “been overwhelmed with business”.

Despite the challenges posed by the pandemic – which saw the company provide some £20m of support to tenants – there have been a number of high profile signings and launches in the last year, such as Anya Hindmarch’s pioneering collection of experiential stores – The Village – with more to follow.

Cadogan has partnered with Surrey’s Beaverbrook Hotel & Spa headed by Joel Cadbury to launch Beaverbrook Town House on Sloane Street this summer as part of a £25 million restoration of two Georgian townhouses.  The 14-suite luxury offering – which includes a 60-cover Japanese restaurant and bar – will serve as a city-based extension to Beaverbrook.

Elsewhere on the estate, the Cadogan Arms pub – a Kings Road institution- will re-launch later this month under the stewardship of Dom Jacobs (The Running Horse, Mayfair) and with Kitchen Table’s James Knappett as Culinary Director.  Together with Executive Chef Alex Harper (The Ledbury, the Harwood Arms) the team promise an offering which celebrates the revival of community driven hospitality.

Davis Coffer Lyons is acted on both lettings and is proud to advise Cadogan on F&B.