Managed pubs saw collective like-for-likes grow 0.2% against August last year, while restaurant groups were up 1.4% for the month.

“These latest figures will come as a huge relief for restaurant operators, who have been under the cosh of late, not least because of the early summer heatwave which was great news for Britain’s pubs as the public headed outdoors, but little help for the country’s restaurant chains,” said Karl Chessell, director at CGA, the business insight consultancy that produces the Tracker, in partnership with Coffer Groupand RSM.

“More mixed weather during August and a damp bank holiday weekend will have helped the casual dining market,” he added. “The school holidays will have also helped as parents looked to keep their families occupied.”

Regionally, London performed better than the rest of the country, with August like-for-like sales up 1.5% on the same period last year, while outside the M25 trading was up just 0.4%.

“The summer tourist season and the continuing good weather appears to have given an uplift to trading levels for restaurants in London, especially those with external seating,” said David Coffer, chairman of the Coffer Group. “This is also reflected in the increase of like-for-likes in restaurant groups. This may well be a deceptive improvement as the impact of possible political upheaval begins to gain momentum over the coming months. The reaction of the UK restaurant public could swing either way in terms of seeking solace in food and beverage venues. Generally, we are seeing a continuing demand for restaurants in good trading locations but a drop-in demand otherwise. Premiums for leases are certainly at a five year low.”

Underlying like-for-like growth for the 47 companies in the Tracker cohort, which represents both large and small groups, was running at 0.5% for the 12 months to the end of August, the same as it was at the end of July.

“Fierce competition, escalating input costs and flat like-for-like sales have contributed to the recently reported 2.5% year on year fall in the number of licensed premises in the UK,” said Paul Newman, Head of Leisure and Hospitality at RSM. Post inflation wage growth is helping to underpin consumer demand for eating and drinking out. With fewer sites now vying for this increase in discretionary spend, operators will be looking to capitalise. Whilst it is still a tough marketplace, these figures show there is still a lot of opportunity.”

Total sales growth across the pub and restaurant cohort, which includes the effect of new openings, was 3.2% in August, reflecting a slowdown but not a halt in brand roll-outs, and was running at 3.7% for the 12 months to the end of the month. 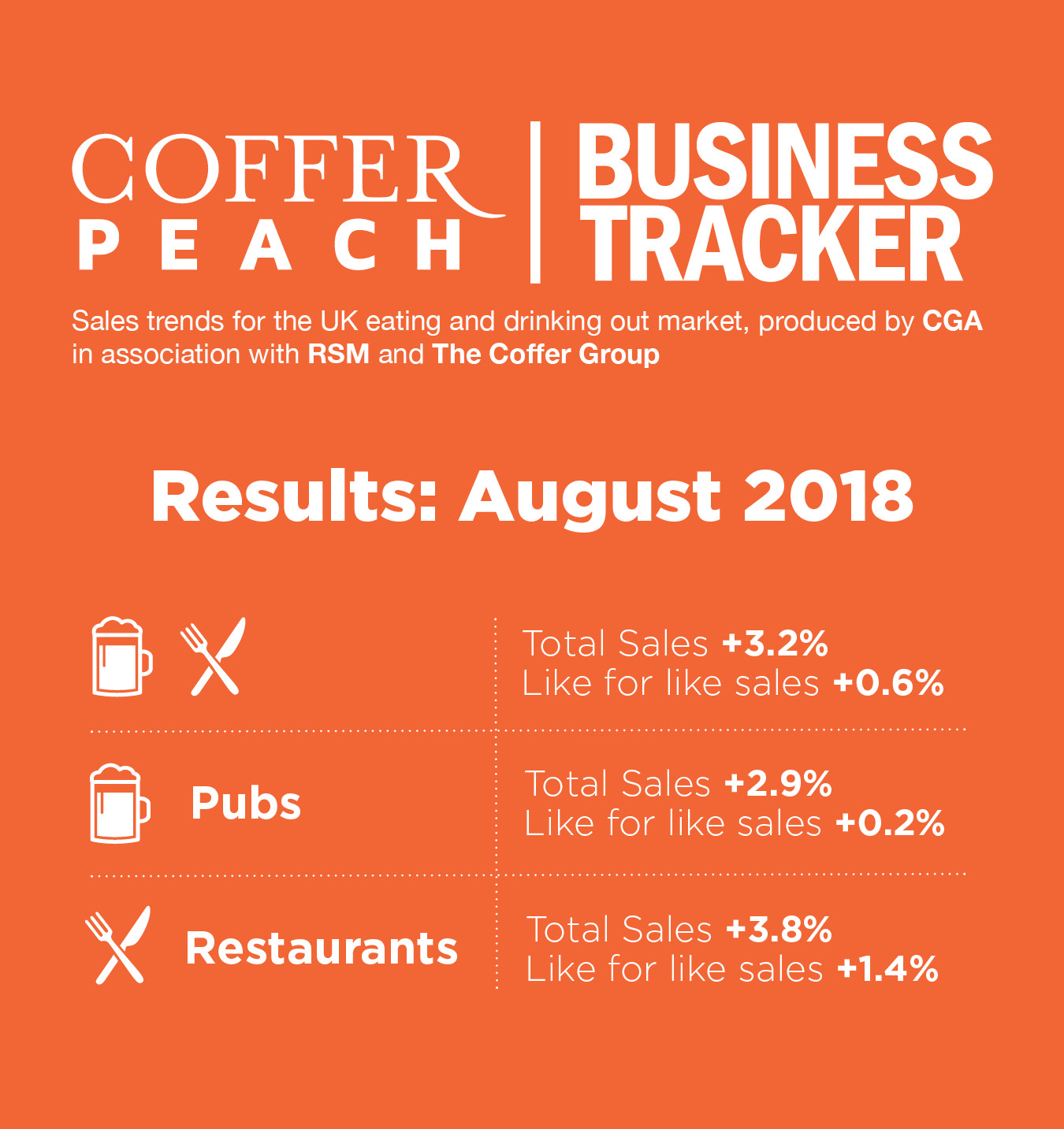