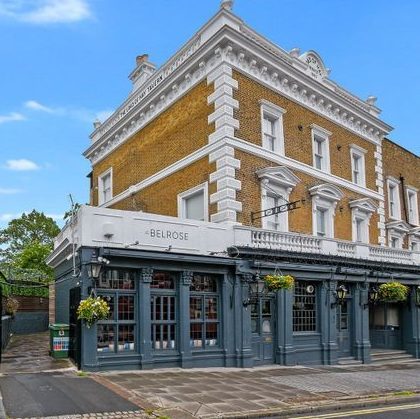 Sam Moss and Michael Brothwell – the duo who founded Leeds Brewery in 2007 – have taken on their first new site since selling their original pub business to Camerons Brewery.

Moss and Brothwell have taken on The Belrose pub in Belsize Park, North London, as a new project separate from the brewery business in Leeds. The property was sold by specialist leisure property advisers Davis Coffer Lyons (DCL) on behalf of the London-based hospitality company MJMK – behind the Algarvian piri-piri concept Casa do Frango.

MJMK, led by Marco Mendes and Jake Kasumov, continues to operate Casa do Frango in London Bridge and New Oxford Street, and also owns and operates S11 bar and health food cafe Homegrown, both in Brixton. In October 2019 they announced they were growing Casa do Franco with a new site on King John Court, Shoreditch which will open in December.

Moss and Brothwell sold their previous pub estate to Camerons Brewery in 2016 – which included seven sites – and then continued to work closely with them on the integration.