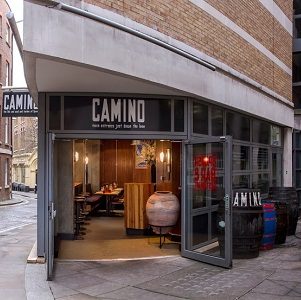 On behalf of Spanish bar and restaurant group, Camino, Davis Coffer Lyons has been instructed to sell its site in London Blackfriars after a four year tenure to allow the brand to relocate staff and equipment to a new flagship site in the City.

The Blackfriars site at 33 Blackfriars Lane, hosts Caminos brick-lined basement bar. It is held on a 25 year lease from October 2012, at a passing rent of £115,000 per annum exclusive and is arranged over 6,468 sq ft with an outside area.

Connie Start, Associate Director, Davis Coffer Lyons, said: is now in legals with a major new City site and thus have made the difficult decision to relocate from the existing Blackfriars branch. This has been a very popular site for them, but its a positive move which will allow the team to put more investment into their new location as well as target new sites elsewhere in the Capital.