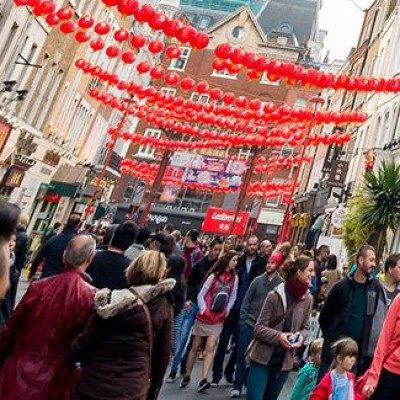 On behalf of Shaftesbury, Davis Coffer Lyons has secured two restaurants at Central Cross, a 48,000 sq ft mixed-use development at the eastern gateway to Chinatown London.

JinLi, which won ‘Best in England’ at the Golden Chopsticks Awards in April, will open their second restaurant (CGI image pictured) in the area, taking a 4,300 sq ft unit with space for 150 covers. Distinguished by the name ‘JinLi Chinatown’, the new restaurant will serve a menu of modern Sichuan dishes, retaining core elements of traditional Sichuanese cuisine with creative and modern twists.

The menu will include traditional dishes such as Sliced Pork and Sizzling Rice Crust, and Yuxiang Shredded Pork, as well as new dishes such as JinLi Fragrant Rabbit which is the first of its kind and not traditional to Sichuan. To ensure a fresh offer, the chef from Chengdu will return to Sichuan every six months to develop new dishes and recipes.

There will be a digitalised menu for customers to read, replacing the traditional paper menu. The new Chinatown London restaurant is due to open this winter, with a special Sichuan opera performance.

Joining JinLi Chinatown is casual noodle and dumpling concept, Modern Shanghai, who will open a 4,000 sq ft restaurant. Designed by Habi Creative, the interior will have a simple modern design to reflect the feel of Shanghai, featuring wooden panelling, grey marbled tables and furnishings with gold finishings.

The restaurant will also feature a display at the front, with chefs preparing fresh dumplings and noodles. The menu will include the brands signature Shanghai Dumpling (Xiao Long Bao), as well as roast duck noodles, wun tun noodles and a selection of grilled Chinese tapas.

Julia Wilkinson, Head of Group Restaurant Strategy at Shaftesbury, commented, “We are thrilled to announce two key restaurant signings, an exciting milestone in the evolution of Chinatown London.

‘JinLi Chinatown and Modern Shanghai are both creative new concepts from existing Chinatown operators that perfectly reflect our strategy to introduce new flavours to Chinatown London, offering the very best Chinese and East Asian cuisine in the capital.”

Yi Fei, the owner of JinLi Chinatown, added, “2018 has been a significant year for our brand’s expansion and we are proud to be a part of the brand new Central Cross development. This Chinatown London location will offer innovative and exclusive new dishes, with the aim of playing a big role in redefining London’s Sichuanese culinary landscape.

‘With its reputation as London’s leading destination for East Asian cuisine, we couldn’t think of a better place to launch our second London restaurant and to offer such dishes. We look forward to delivering a refined and modernised Sichuanese dining experience, without losing the essence that has been enjoyed by generations after generations.”

The announcement follows the recent launch of Filipino ice cream parlour, Mamasons Dirty Ice Cream at 32 Newport Court, Central Cross, which resulted in queues around the block and a social media frenzy.