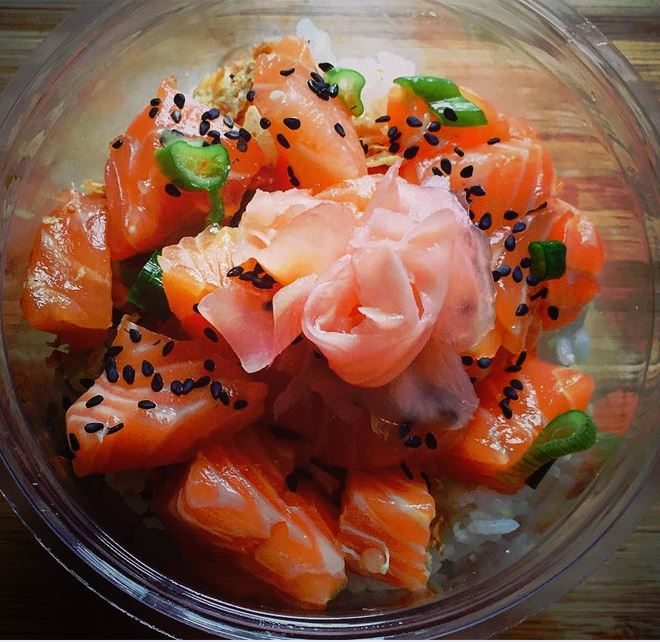 Island Poké, a new restaurant concept backed by Chris Miller, founder of investment platform the White Rabbit Fund, is getting to ready to open its doors next week on Kingly Street, part of Shaftesburys Carnaby Estate in Soho.

The concept is the brainchild of James Gould Porter and backed by Chris Miller, formerly commercial director of Soho House Group, via his newly­founded restaurant investment platform, The White Rabbit Fund.

From 27-30 October, the Kingly Street site will open for a soft launch. The site will trade seven days a week, and serve a breakfast­to­dinner menu, including Acai bowls (breakfast bowls), and the choice to BYOB (Build Your Own Bowl) of poké. There will also be Hawaiian­style sashimi and what the company describes as 100 per cent Hawaiian Kona coffee.

James Gould­Porter, co­founder of Island Poké, said: “My first taste of authentic poké was in Maui when I was nine,

which stuck with me and led me to quit my job and take Poké to the streets of London. Were incredibly excited to open our first bricks and mortar [site], and hope Londoners feel the aloha spirit when they visit us. For us the provenance of the ingredients we serve is crucial.”

Miller added: I first tried poké in L.A last year and seeing its incredible success, I am confident [Gould­Porter] and the

team will turn Island Poké into the preeminent poké offering in the UK.

Poke, originally from Hawaii, consists of a mix of raw cubes of fish with a soy based dressing served in a bowl with sushi rice and garnish. Customers will be served along a production line. There will also be a small area of seating for people to eat in house.

Davis Coffer Lyons Development Leasing and London Estates team advises landlord, Shaftesbury on the food and beverage line up at its Carnaby Estate.