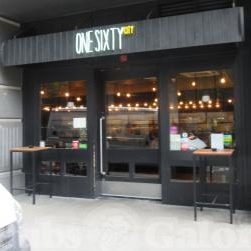 On behalf of One Sixty City Ltd, leisure property specialists Davis Coffer Lyons has completed the leasehold assignment of One Sixty Bar and Restaurant on Stoney Lane in the City of London. This was the last remaining One Sixty, the smokehouse and bar concept led by Sean Martin and David Moore.

The property was sold for a £400,000 premium, for the existing free-of-tie 20 year lease from 24th March 2015 at a passing rent of £110,000 per annum, by Damian Mc Crystal, Holborn Pub Co. The original West Hampstead branch of One Sixty was sold last year.