The Historic Castle Inn in Chiddingstone to Reopen 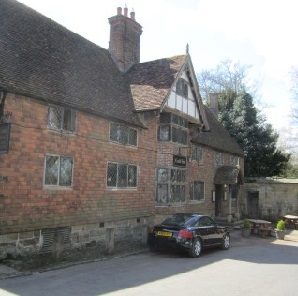 On behalf of the National Trust, the Pubs and Bars Team at specialist leisure property advisers Davis Coffer Lyons, has completed a deal at the historic Castle Inn in Chiddingstone, Kent. The property has been let to the owners of a nearby local pub, The Wheatsheaf at Bough Beech, on a new 20 year Free of Tie lease.

Located next to the grounds and entrance to Chiddingstone Castle, the pub is Grade II* Listed and believed to date back to 1420. It contains a public bar, lounge bar and two private dining rooms, in addition to an owners/staff flat, and five further bedrooms suitable for conversion to letting rooms. On the top floor there are two attic rooms and outside there is a trade patio and beer garden.

Chiddingstone is an attractive medieval village mostly owned by The National Trust and is located 5.5 miles south of Sevenoaks and 10 miles North West of Tunbridge Wells.  The inn has long attracted tourists and locals alike and its neighbour  Chiddingstone shop  was reportedly once owned by the father of Tudor queen, Anne Boleyn and the village itself is described by the National Trust as one of “most beautiful and oldest in Kent.”

Keith Goodwin, Associate Director at Davis Coffer Lyons, said, The Castle Inn has been extended over the years but has retained a wealth of character features including exposed beams and fireplaces. Despite the listing, there is certainly scope for the new owners to improve the condition and modernisation of the pub, and through utilising the potential of the bedrooms on the upper floors for letting purposes, and making use of the barn to the rear of the Inn.

The new tenants have already made a great success of the nearby Wheatsheaf pub, just two miles down the road, and we strongly believe that The Castle Inn will also trade successfully as a destination food led public house, complementing the Castle and the rest of the village.